Who's Driving, Creative or Concept? 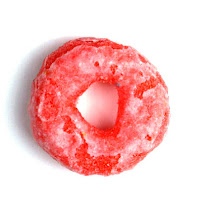 Last week, in the midst of a super-tight time line on a project that was a rush to begin with, I ran into a business experience that I'd not before encountered.

I was surrounded by a passionate team of extremely bright, creative individuals that were burdened with the challenge of developing and presenting concepts at the same time; it's hard to build the concept and the presentation at the same time.

The project needed a leader or a leadership process. The best that I've come up with, so far, on how to improve this process under such demanding time constraints, is to make the loop smaller.

As a friend said, "Yeah, like the size of a fruit loop."

If leadership is the team, then we needed to agree on the core concept and engage in a process of approval for any tangent to that core... as a team. When a new idea arose, we should have shared it immediately, instead of letting it sink it's teeth into the arm of the concept. When that happened, the incisors got a firm enough grab that the concept itself kept becoming something else... a concept with something trying to tear its arm off. I'd walk into the meeting, see the thing and say, "What is this thing that's trying to tear the core concept's arm off?"

The loop was too large; it took too much time for the concept to circle back to the parties on the other side of it.

Frustrating. We could have let technology be the route by which we could have made quick decisions about whether the tangent strengthened the concept, thereby decreasing the circumference of the loop.

Fortunately, the team kicked ass and the presentation went well... though I'm damn sure we could have avoided at least one of those all-nighters with better process AND presented an even more impactful, emotional story to the client.