What I want the world to be like (Part 2) 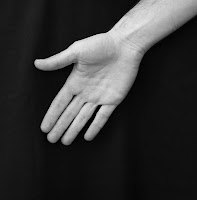 There was a section in the book, "What Kind of World Do You Want?" (see my review) that spoke about a grieving wife. Two different people attempted to console her, one by quoting scripture and the other simply sat silently by her side. The widow knew that the first was going through the motions, but the second was a surviving widow herself. It was the act of knowing and the presence of a survivor that made the difference. She asked the first to leave and allowed the second to stay by her side.

It was a compelling section to me because I recently experienced a friend who abruptly left her life to be at the side of an ex-boyfriend whose father had passed away unexpectedly. Even though they'd been apart for a year and weren't that great together, she dropped everything in her life to be by his side because she knew that her presence would make things better for him.

Her actions made me think... my initial thought found it strange for her to do such a thing. My second thought was that she'd have to be careful about the likelihood that he will try to re-attach himself to her. But in my third thought, which was triggered by the book I mentioned above, was the one that made the difference.

I asked myself, "What kind of world do I want?"

I want the kind of world where people are willing to leave their lives behind for the betterment of others.

Email ThisBlogThis!Share to TwitterShare to FacebookShare to Pinterest
Labels: bigbadbobism, david meerman scott, friend, what kind of world do you want