A Mother's Plea for TKC

Kansas City is a pretty small town, you know. I regularly smell the path of an ex-girlfriend's rancid perfume or hear a cackle reminiscent of some belligerent yesterday of hair-holding that I wish on no other man. But, the phone call that I got tonight was of a far different matter; a plea from a mother for her son.

You see, Tony has been living in his mother's basement for, well, since he hit puberty, which is somewhere give or take 5 years around when the Royals last went to the playoffs... and darn near as long ago as the Great Plaza Flood of 1977. That's a long time, kids.

How she found me? Like I said, small town. 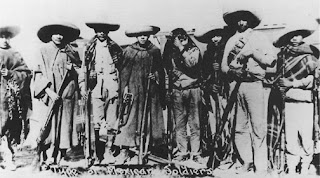 But the story begins with the unknown tale of Tony Kansas City's long-lost twin, a gentleman also of great basement-residing fame, Mr. Michael Arrington, founder and former co-editor of TechCrunch. Aside from the obvious difference in content--one rants about something most of the world could care less about and the other lives on the west coast--Arrington was wise enough to invest his early returns in Hostess Brands, makers of Twinkies, and PepsiCo, providers of Mountain Dew. Smart decisions, because they allowed him to emerge from the basement with fists and pockets full of riches, a smirk on his face, and the Swedish Bikini Team in his hot tub sans bikinis. Tony, on the other hand, had to work 24/7 to keep up with his online pornography subscriptions--little did he know his own culinary habits would fill the vaults of his unknown twin. Enough of that story... let's fast forward to today...

On the other end of the line, through tears, I heard the faint sound of a woman's voice,


"Please, I beg of you, finish this novel of love so my son may learn what it is, find a good woman, and emerge from the basement. It's been 30 years, I must hire a Haz-Mat team to incinerate everything, fumigate, and hose out the basement--almost like those boys on Breaking Bad do when they clean the meth pots."


"Si, mama, I will do this, And, for you would be enough, but I also know that TKC is solely responsible for bringing us el Google Fiber."

I heard her let out a Spanish prayer of relief before she ended the call. No further conversation was necessary.

So now, I am burdened with the task of teaching Tony about true love. While doing so, I figure I might as well teach the world. Therefore, I have created this foundational project on kickstarter to fund my novel about true love--the bible of my teachings.

With these funds I will infiltrate TKC's posse (in fact, I already have, that's me peeking in from the left in the photo above) and teach from within using a Men in Black "Flashy-thingee" and a Lasso of Truth, which will be purchased with your pledges.

I urge you, as soon as the markets open, sell your stock in Hostess and PepsiCo, for TKC's singular ability to prop up these stocks will end as soon as my project closes, September 29, 2012.

For love,
Robert the True