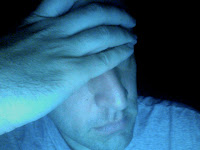 KANSAS CITY, MO, August 7, 2009 -- @zamees opted out of his multi-year contract with the #KC5 on Friday in what appears to be a surprising end to a tumultuous week in camp.

"I'll be honest with you, the head coach and I couldn't agree on what I felt was going to be a successful game plan," @zamees stated. After shaking his head, he continued, "We had a long discussion after two-a-days and, at the end of it, I told him that I'd have to sleep on it and get back to him. I didn't get much sleep that night which made for a horrible practice the next day, but also really gave me time to think about my future with the team. There's just no possible way that I can see myself being successful in this environment any longer. I do wish my teammates the best."

Visibly shaken, @zamees walked away from the podium without taking any additional questions from the media.

@zamees loses the final $72 million in guaranteed salary in his record contract, which he signed earlier this year. It is unclear whether the #KC5 will attempt to re-sign @zamees if he chooses to stay in the area. The move is surprising in many circles, since his return to the team after nearly 20 years away only recently occurred.

This reporter reached @zamees agent on the phone and learned that he has no plans to actively seek another team for this coming season. In fact, he says that he's already cleaned out his locker and relocated to his personal island.

He refused to provide any underlying reasons for his decision. However, he did close with this comment, "The sooner you get to 'no,' the quicker you'll know," then said he was going to retire to the pool, alone and smiling.

Posted by Robert Zamees at 8:24 PM