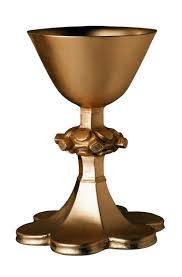 I constantly wondered why Hillary never took advantage of the fact that she is a woman. She tried so hard to be like a man during her campaign that she ultimately lost because her opponent, Obama, was more feminine than she.

Obama won because he was more feminine than Hillary. He is soft, integrative, is not exclusive and for unity. Men make definitions by exclusion. Woman are into inclusion, they make definitions by adding – “this is it, this is it too, and this is also it” and it never really ends. This is the Obama structure. He integrates different countries, different races, different classes and this is what is appealing
to the world.“we have to be on the Internet.”

How many times did I ask, "Why doesn't Hillary ever wear a skirt?" Too many! I'm not saying that I was a supporter or HRC during her campaign, but I was vocal about how she was trying so hard to avoid her gender that she was losing out on a real opportunity.

When we've been a divided country for this long, the natural tendency is to seek unity. Men are exclusive (the sword). Women are inclusive (the chalice). We want inclusion. We see the problems. We want to be part of the answer.

Too bad, HRC. BTW, did you pay off that campaign debt yet? If that's how you're going to run a campaign, I'd sure dislike how you woulda run the government anyhow.
Posted by Robert Zamees at 3:42 PM