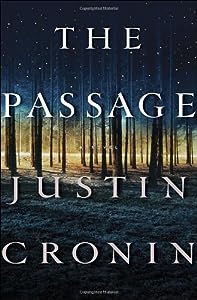 Cover of The Passage28/64: The Passage by Justin Cronin, 2/5 Stars
Entertained Me: Med, Made Me Think: Low

After much promise and discussion, I was really excited to read this book... but it ultimately fell flat for me. Now, the beginning had me totally captivated, which made it hard to put down. But then, all of a sudden we skipped nearly 100 years to a post-apocalyptic world and I had to learn a completely new set of characters and a totally different setting--I simply couldn't ever get back into it after that.

Posted by Robert Zamees at 6:10 PM