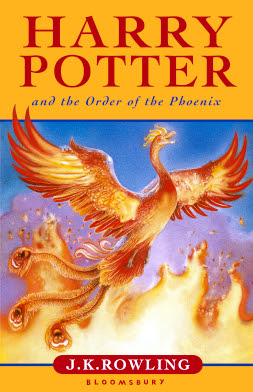 Image via Wikipedia
After having little love for book 4, I really liked book 5! Most notably because it had a dark edge to it. Odd, since when Stephanie Moon went off her rocker in the last Twilight book, I thought she did it recklessly, like she'd had it hidden in the closet for 3 books and could no longer resist the monster's whims. Rowling, on the other hand, knows her monster well--the pain, and emotion, and rage it carries--and how it renders us paralyzed when it attacks. We can no longer move, think, or decide as we curl up in the corner and wish to die.

Posted by Robert Zamees at 6:58 AM